Skip to content
I was invited to be a part of the Effects team for a short movie that was to compete in a Superhero contest. We had 2 weeks to come up with a story about a Superhero and do a 10 min short movie about him/her. We had to provide the actors, equipment and everything else that was needed to have a finished product.
Some members of team were:
Director / Writer : Joe de Vargas
Producer: Bernard (Sonny) Herger
Storyboard Artist: Ramon Marquez
Sound Engineer: Marcel Ayala
Editor: Joel Aponte
VFX & Compositing: Ruy Delgado & Kaell Matias
Director of Photography / Cameraman : Xavier Medina
The project started at midnight on Sunday 4th of July and ended the 18th of July (Sunday). The Effects consisted of myself and Kaell Matías. We decided to do it mostly in a CG environment and have the actors perform in a green screen. Everything was shot with a Canon 7D at 1280 x 720 @ 60fps
Some of the things that we needed to created digitally were:
* Matte Paintings
* Spaceships
* Superhero Mask
The challenges that we knew we were going to have to deal with when we started the project where the equipment limitations that we would use for the project and the time constraints we had to create, render and then comp together along with everything that comes in between.
With only 2 weeks to do everything, I had to come up with the concepts for the mask and the ships very quickly (turn around was a couple of hours on the first day). It was very productive to have a director / writer that knew on day 1 what he wanted and how he wanted it . I received from him some images for reference that he had found from other sources for me to use as inspiration.
Here are some of the behind the scenes images of the green screen shooting: 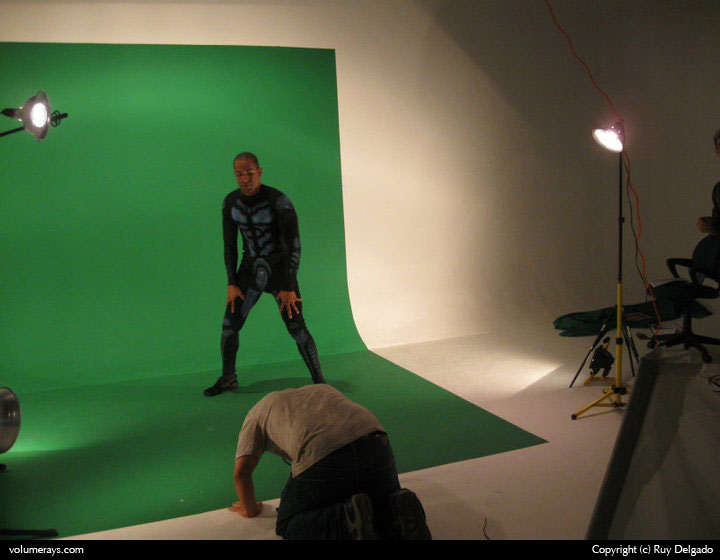 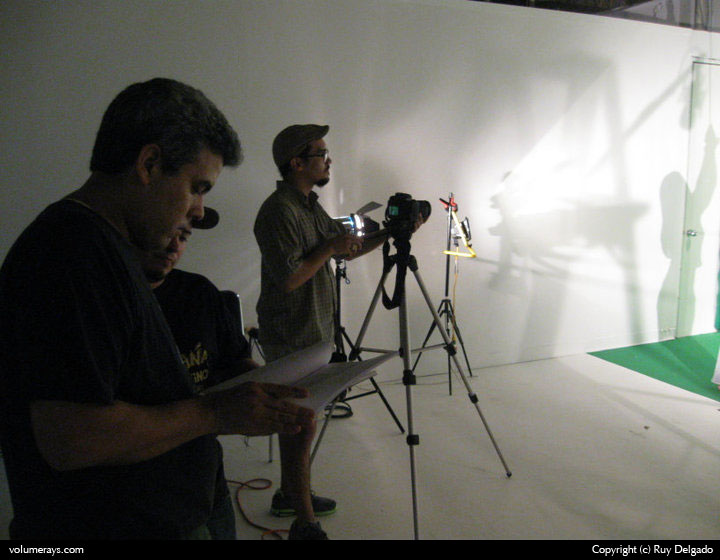 I will add more pictures later along with some WIPs and final renders.